Thanks to everyone that came out to the show last Monday. The audience was incredible, and Anthony DeVito, Katie Crown, and Reggie Watts were amazing. I can't thank them enough for doing the show. Check out who's on the show this Monday:

Andrea Rosen. If you own a tv, you've seen Andrea Rosen. She's been on Flight of the Conchords, Stella, Michael and Michael Have Issues, The Whitest Kids You Know, and more. You also may have seen her on one of the many commercials she's done. I always used to see her at Rififi performing at Invite Them Up, and she's hilarious. 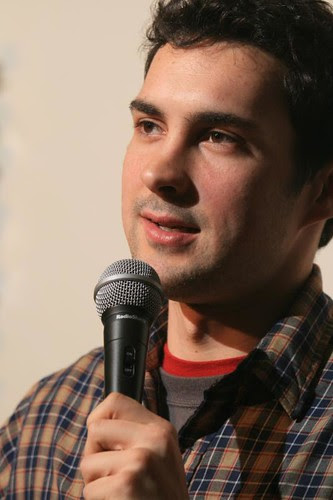 Mark Normand. Mark was nominated for an ECNY Award for Best Emerging Comic, was featured in Time Out New York’s "Joke of the week," and performed in both the New Orleans Comedy Festival and the DC Comedy Festival. He runs a show called "Hot Soup" every Friday night at O'Hanlon's in NYC, and he was one of the brave souls that came out to Staten Island to perform at a Port Richmond pool hall. Did I mention the fact that he's really funny? Check out his website at marknormandcomedy.com.

Nick Turner. Nick performs all over NYC, and co-hosts a weekly show called "Too Cool for School" every Friday night at Coco 66 in Greenpoint, Brooklyn. He has been featured on College Humor and Sirius Radio, and has a lot of funny videos up on his website, gonickturner.com.

Phil Hanley.  After his successful performances at the 2008 Just For Laughs Festival in Montreal, Phil Hanley landed a featured segment on The Tonight Show with Jay Leno.  Visit his website at philhanley.net.

As always, I'll be there along with James Harris and Adam Pateman. It all happens at "Not Friday" this Monday night at 8:00.

"Not Friday" is a free weekly show that takes place every Monday at Aces & Eights, 34 Avenue A, New York, NY. I'll see you there.