Last week's "Not Friday" was amazing. I want to thank Jared Logan, Colin Jost, and Sean Patton for coming out and performing at our very first show. I also want to thank everyone that came out to see the show. Please spread the word!

I'm very, very excited about our second show. First, we have the very funny Anthony DeVito performing. He runs a free show every other Tuesday at The Creek and The Cave in Long Island City (the next show is February 23rd at 9:30). 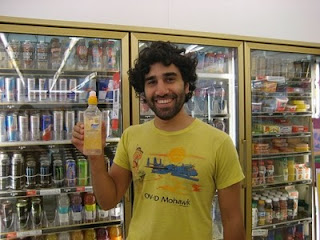 Next we have Katie Crown. Katie recently performed at Cargo Cafe, and she was absolutely hilarious. My girlfriend, cousin, and multiple friends were literally doubled over during her set, and I will forever be jealous. Come see her before she heads back to that faraway land known as Canada. 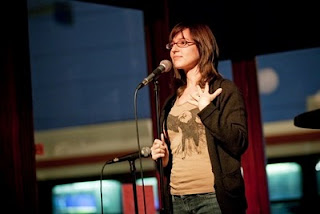 Finally, we have the amazingly talented Reggie Watts on the show. I saw him many times at Rififi back when Bobby Tisdale and Eugene Mirman were producing a show every Wednesday. I later saw him perform live with Regina Spektor and in multiple TV appearances. Rather than describe what Reggie does, I'm going to show you. Check this out:

As always, I'll be performing along with James Harris and Adam Pateman. You really don't want to miss this show. It all happens tonight (Monday) at Aces and Eights (formerly Mo Pitkin's) at 34 Avenue A, New York, NY (between E 2nd & E 3rd) at 8:00. Free show!